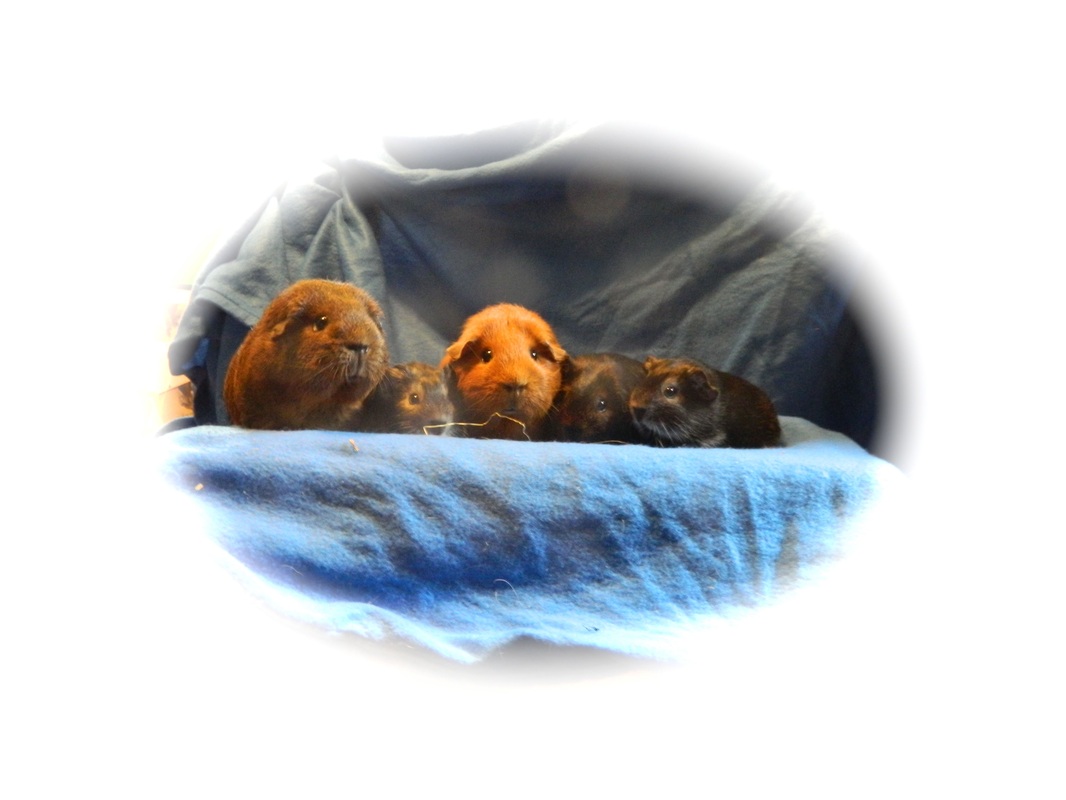 In January of 2010, the state 4H Rabbit and Cavy show was held together with the swine show (the two buildings connected by the concession area).  My son spent a huge part of the day over with the pigs.  Tired of losing him, mom took him over to see the 'little pigs' that were in our building.  He bought Alvin (RIP) at the auction later that day.  Minutes later, friends told us that guinea pigs really shouldn't be kept alone - we picked up Theodore to be Alvin's buddy.  They lived side-by-side in two cages where they could see and talk to each other all day (and where Josh could watch them from his bed until he fell asleep each night).  A few months later, our friend Ally called to say someone had a free pig that needed a home - and so we picked up Simon.  He and Alvin did not want to share the little cage, so we picked up a third cage and the three (plus Josh) chatted happily all day and night.  Almost four years later, Joshua's herd has grown considerably - several configurations later they all live together amicably in 2 four-chamber condos (8 large cages) in Joshua's room.  Josh 'won' Chip and Dale at a silent auction at a show in the spring of 2011.    We had our first litters in the fall of 2011 - Phoenix, Blaze, Tazzy, Speedy, Sneaky, Whitefoot, Nibbles and Sail.  ... our herd has continued to grow ever since!